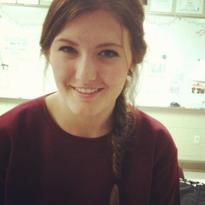 The Traditions of Our School - S:t Petri. Enjoy :D

Tour of Our School

Things You Find In Sweden
Lussebullen 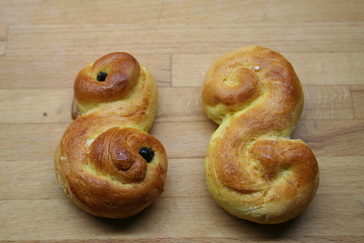 Lussebullen is a Swedish Christmas bun. The special thing
about it is that it contains saffron and is often formed as an s.
The bun is often decorated with raisins and you are supposed
to eat it on the thirteenth of December, when the Swedish
tradition Lucia occurs. In English it would probably be called
“saffron bun”. 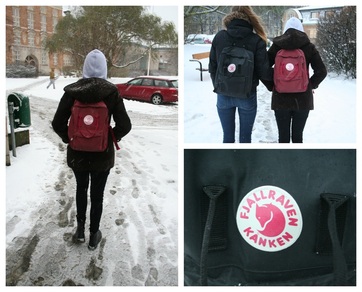 This is a popular and common bag in Sweden. It is known for
its brand’s shape, and is nowadays used by many teenagers.
Fjällräven also has a store in the USA, which is located in
New York. If you directly translate Fjällräven into English, it is
called “the arctic fox”. 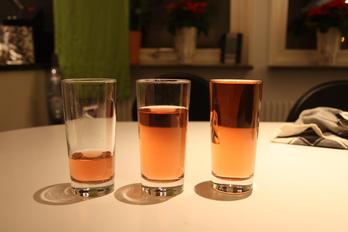 Lagom is a typical Swedish word that Swedish people use daily.
The word does not exist in English but it roughly translates to
“just enough” or “ just the right amount,” when something neither
is too much or too little. 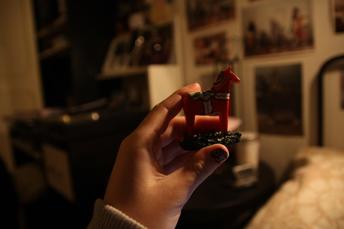 A Dalahäst is a wooden statue of a horse traditionally painted
red with patterns in different colors, originating from a part in
Sweden called Dalarna. In English, it is called the Delecarlian
horse or the Dala Horse. 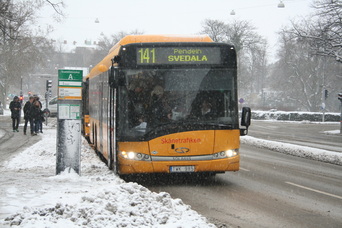 The behaviour on Swedish busses is not similar to the American
one. There are unwritten rules, norms. For example you are not
supposed to talk to strangers. If there are free spaces in one area
on the buss, you choose to sit there instead of sitting next to a
random person. Some people who are sitting next to a stranger
even switch places if they get the opportunity, when somebody
for example leaves his/her seat.
By Evelina Brorsson and Maja Lindbom

How to Bake a "Kladdkaka"

Every teenager has an explicit dream about being able to shop in the most prestigious malls in the world. The fashion world has become more influential and teenagers all over the world are craving for the newest brands and newest outfits the celebs wear. The students in our school are very fashionable and love mixing different outfits and styles. Everyone in S:t Petri is different and it is important to know that the differences bring us together, we are all unique in our own particular way. The malls in Malmoe offer a place for children and adults to shop, eat and experience a different culture, the culture of fashion.

We all have an agonizing need to fit in and being in our malls you immediately feel that you are. The beautiful architecture and the friendly people help you gasp the amazing atmosphere and help you have the shopping experience you are looking for. This is also a place for teenagers to hang out with their acquaintances and talk about the newest adventures they are embarking on.

Emporia is the largest mall in northern Europe. It is situated in Malmoe and it is one of the most beautiful works of architecture of our city. Emporia has 200 boutiques that include clothing stores, restaurants and café shops. The number of people that visit Emporia in one day is
25 000 and the size of our beautiful mall is 1 001 043 square feet.
By Fikreat Jasarevic, Amina Jugo, Ajka Kolasinac and Henrik Säll Nilsson

The Middle Eastern Influence On
Fast Food In Sweden 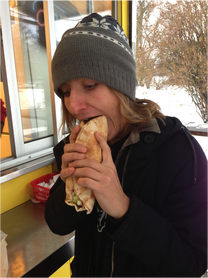 During the last 20-30 years, the Middle Eastern immigrants have taken their
food culture to Sweden. The most famous fast food from the Middle East is
the ”kebab” and the ”falafel”. A kebab is a mix of grilled halal-meat, salad,
vegetables and sauces wrapped in flat bread. A falafel is a vegetarian wrap
with deep fried chickpea-buns, with the same vegetables, salad and sauces
as in the kebab.

Our city, Malmö, is famous for its many kebab and falafel stands, you can
find them all over the city. A kebab costs about 4 dollars. A falafel is mostly
a bit cheaper, it costs about 3 dollars.


This is Carl with a high quality kebab.

The City of Malmö

Malmö is the third biggest city in Sweden. And this is where our school is situated.
And here are some photos from parts of Malmö.

By Fanny Beckman and Ellen Burman